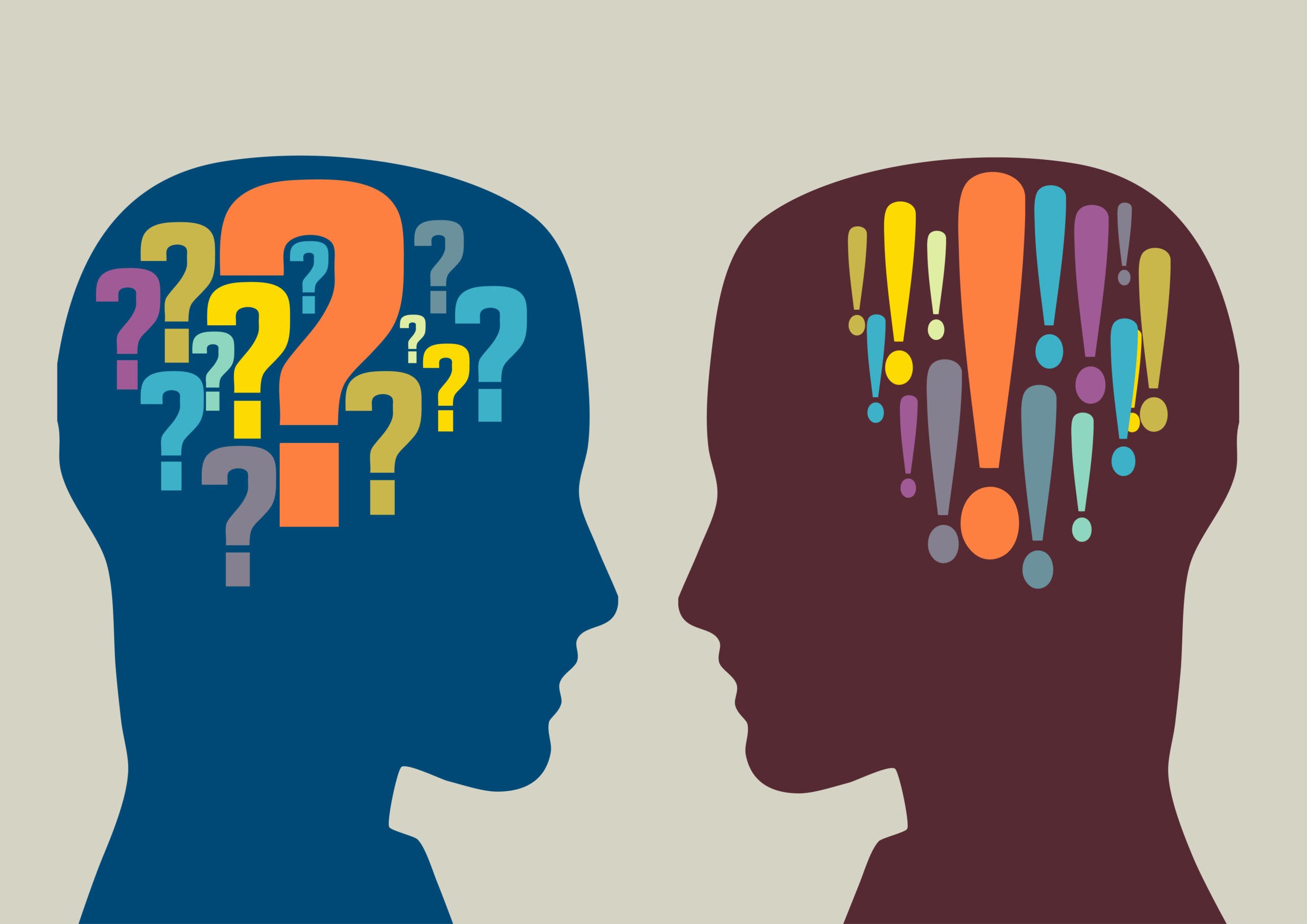 When half of the staff at Leading Edge reported feeling a lack of psychological safety at work, the problem wasn’t bullying but the promotion of a workplace culture that only allowed positivity.

Each year, the organization I lead administers an employee experience survey to hundreds of Jewish nonprofit organizations. Last year, Leading Edge was finally big enough to receive results from our own survey, as we had grown to a team of six FTEs. The team was excited to fill out the survey that we had designed for our partner organizations. Finally, we could taste our own cooking!

Once all responses were in, I logged onto the platform and excitedly waited for the survey results to load. But as the numbers populated, I grew concerned and then, eventually, discouraged. We performed well on most of the factors that contribute to a great workplace culture—passion for our mission, pride in working at our organization, effective internal communications, and even a high net promoter score—but there was one glaring exception: Nearly half of our staff reported that they felt a lack of psychological safety at work. These employees shared that they did not feel comfortable “providing job-related feedback to [their] colleagues” nor did they feel comfortable “sharing potentially unpopular opinions” at work. In short, some of our team members did not feel comfortable bringing their whole selves to work.

Oh wow, I thought. I am such a hypocrite. How is this possible? Our organization’s mission is to help build the leadership pipeline of Jewish nonprofit organizations. And we know that talented professionals want to spend their days in environments that enable them to thrive and that psychological safety—a belief that one will not be punished or humiliated for raising issues in the workplace or for making mistakes—is a crucial ingredient of a great workplace. Yet we were falling short on this fundamental indicator of organizational success.

My mind rebelled. This must be wrong. Inclusiveness is a strength of mine. I pride myself on being highly intuitive, making people feel comfortable, and having a positive attitude. I believe in servant leadership, and I go out of my way to be appreciative and kind with my staff. How could some of my team not feel comfortable speaking up, asking for help, and sharing unpopular opinions at work?

I sat down with my coach for a gut check. We reviewed areas where I felt the work my team was doing was going well and where I felt we had room for growth. We then reflected on my role in both categories—the strengths and the growth areas. The process my coach led me through is subjective, but it was clarifying how, as my coach probed, I could quickly point to areas where the team was in sync and cranking and areas where there was more friction.

Through this introspection, I came to realize that what I thought was my strength was in fact holding my team back. In trying to promote a positive culture, I was inhibiting an honest wrestling with ideas, which was hindering innovation and promoting some staff discontent. My staff had become hesitant to share feedback, deliver bad news, or express critical opinions about other people's ideas—even if those ideas would make our work better.

As I went through this reflection process, I came to see that something else was suppressing free expression: high expectations. Leading Edge is a young, fast-growing organization; we feel that we should be a model for other nonprofits. As a result, I set the bar extremely high, which means when the organization makes a mistake, it is difficult to hide our frustration and distress. I realized that this created an atmosphere where bearers of bad news felt they would be subtly punished.

Why The Best Teams Make the Most Mistakes

The results of the survey had stung, but I knew that learning from it would make our team better. After diving into the academic origins of psychological safety, I began to make changes to my management in the hopes of building a workplace that would be both supportive and accountable.

In the late 1990s, Harvard Business School Professor Amy Edmondson was studying high-performing medical teams when she discovered something surprising: The most cohesive hospital teams reported making the most medical errors. When she dug a little deeper, she realized that the better teams weren’t really more accident-prone: They were more able and willing to talk about their mistakes, which of course was key to their high-performance (you can’t learn from a mistake unless you acknowledge it). This insight formed the basis of Edmondson’s influential 1999 paper, “Psychological Safety and Learning Behavior in Work Teams.”

Psychological safety is “a sense of confidence that the team will not embarrass, reject or punish someone for speaking up,” Edmondson wrote in the study. “It describes a team climate characterized by interpersonal trust and mutual respect in which people are comfortable being themselves.” Edmondson’s research has been validated in a variety of settings. When Google, for example, ran a big-data project to understand what drove their most high-performing teams, they found that, more than anything else, psychological safety was critical to making a team work.

Tyrannical managers can inhibit psychological safety with a rigid, “don’t-come-to-me-with-problems, come-to-me-with-solutions” approach, and we have some bullies in the Jewish nonprofit community, to be sure. But because faith-based and ethno-cultural nonprofits often form a tight-knit community, there is often a social price for workplace incivility, and you’re less likely to be a jerk to an employee if you know that you’re going to see them in synagogue on the weekend. What’s more, because the nonprofit sector typically attracts leaders who want to build community, they tend to be educators at heart, with a predisposition for compassion and empathy. But while these qualities are important for fostering psychological safety in teams—after all, how can you bring your whole self to work if you don’t feel your team-leader will be empathetic?—they’re not sufficient.

When it comes to psychological safety, pushovers can be as bad as bullies. In fostering a courteous workplace, a manager can forget the importance of encouraging open discussion and free expression. Our Employee Experience Survey—completed by nearly 20,000 employees at more than 230 Jewish nonprofits over the last four years—found that while almost nine out of 10 respondents felt they were treated with respect by their managers, and that their managers genuinely cared about their well-being, only 60 percent of respondents said they received meaningful feedback on their performance (16 percent below the US benchmark from other similar surveys performed by Culture Amp). What might seem like a contradiction—that respondents liked their managers, but they also reported that their managers weren’t helping them get better at their jobs—makes sense when you realize that what is missing from many nonprofit workplaces isn’t civility but accountability.

Getting Beyond Great Job!

At Leading Edge, the problem of my own making was not being in the habit of offering constructive feedback, both positive and negative. Instead of building a feedback muscle, I tried to embody a positive attitude while being intolerant of mistakes, which made it difficult for feedback to occur. The solution, I came to realize, was that we needed to start modeling the behavior we wanted to see: We needed to practice reflecting on mistakes and giving critical feedback.

This is harder than it sounds. Delivering feedback in a way that sticks and leads to a change in behavior is difficult. People aren’t hard-wired to learn from their mistakes, especially when those mistakes have to be pointed out to them. In a recently published paper, Wharton post-doc Lauren Eskreis-Winkler and Ayelet Fishbach, a University of Chicago professor, gave study participants a series of extremely difficult trivia questions, each with two possible answers. Half the group then received feedback on what they’d gotten right while the others were corrected on their wrong answers. Follow-up tests revealed that, while participants given success feedback were able to answer those questions correctly again, those given failure feedback learned much less, often nothing at all. Failure feedback undermines learning, the authors found, “because it wounds the ego, which causes people to tune out.”

As this ingenious research suggests, the key to fostering an environment where criticism is welcomed and well-received is to somehow get the ego out of the equation. I see four ways to do this.

I now try to ask for feedback from my team on a regular basis. When doing so, I try to follow best practices, remembering that feedback is a “gift”: It needs to be received as well as given. According to Harvard Business Review, feedback is most effective when it is shared frequently and in context; it aims to achieve a specific outcome; it is realistic in its expectations; it shows respect for the recipient; it is a two-way conversation; it is expressed as a point of view, rather than an absolute truth; and it assumes an opportunity for follow-up.

I also try to be aware of three complications in fostering psychological safety:

Like any change process, my progress has not been linear. Some weeks it feels like two steps forward and two steps back. Occasionally, I’ll find myself wincing when my team makes a mistake; then I’ll overcorrect and adopt my equally repressive “everything-is-awesome” routine. But again, I try to model the right behavior by reflecting on my mistakes, learning from them (hopefully), and working to improve.

Are my interventions working? I won’t know for sure until we repeat our staff survey next year. That’s the thing about psychological safety: without it, you are flying blind. If psychological safety remains a problem, I’ll be the last person to know, because none of my team will feel confident telling me. I am optimistic though. And if it turns out I still am not getting this right, I will go back to the drawing board and keep at it.